The diagram below depicts an overview of the flow, taking place during the creation and authorisation of a payment, including who plays what role. The respective banks responsibility is limited to the actions happening between the TPP and ASPSP. All parts of the flow are described except the SCA, which has been depicted below. 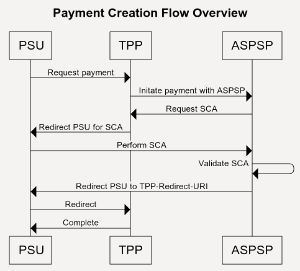 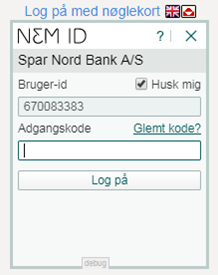 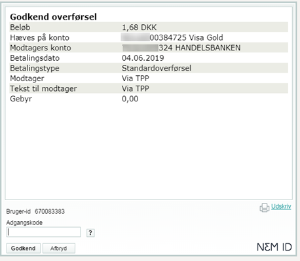 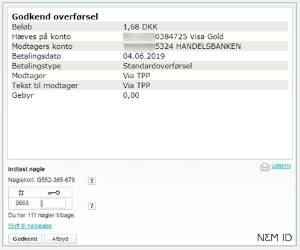 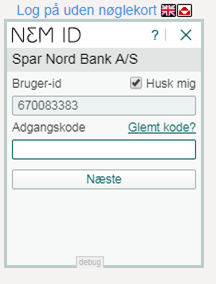 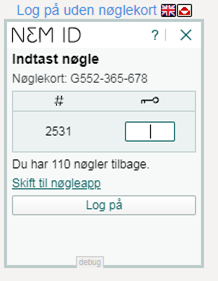 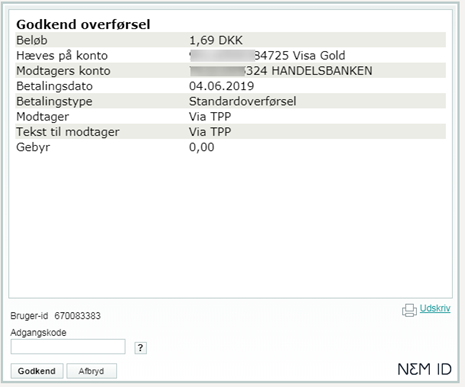 SCA flows based on app switch

For approving a payment via app switch to the mobile bank app, the SCA process consists of one of the three flows described below, depending on the level of authentication needed. After the three flows is presented a variation of the flows, where the PSU selects the debtor account in the mobile bank app. This variation is supported for all three types of SCA flows. Upon completion of the SCA process, the PSU will be redirected to the TPP Success URL or Error URL depending on the outcome. For Android the links to be used are Android app links and for iOS the links are universal links.

The details presented prior to approval varies according to the type and characteristics of the initiated payment. 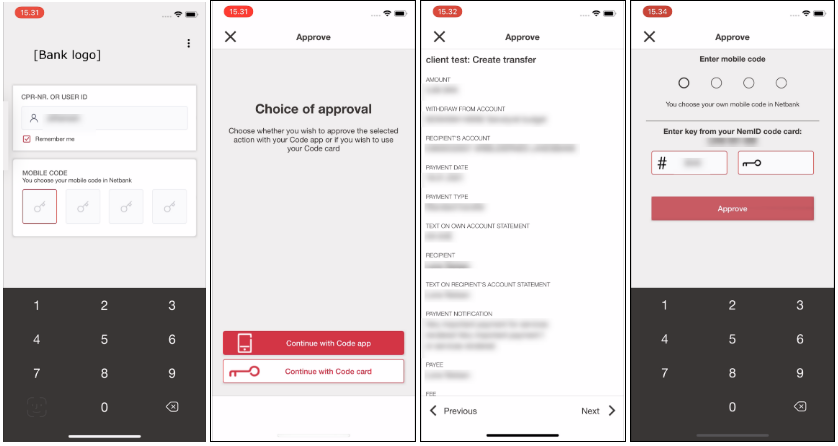 2-Factor-Flow with SMS confirmation for iOS

2-Factor-Flow with SMS confirmation for Android

If the payment initiation request does not contain a debtor account, the account selection screen is presented for the PSU in beginning of the SCA flow in the mobile bank app. Here after follows one of the flows above, depending on what level of authentication is necessary. 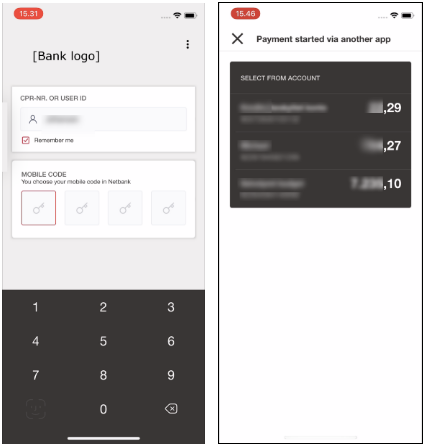